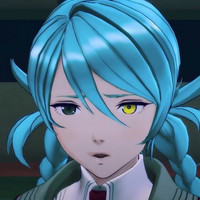 Players can create a virtual environment that recreates the scene of a crime, as well as use x-ray and thermo vision to look for clues. The Wink Psync allows players to read a person’s mind to get the upper hand on them.

The game will also have limited-time DLC bonus content in the form of two costume downloads for Aiba and Tama. The costumes are a “3 Pattern T-Shirt set” and a “Hot Dog costume set.” The costumes will be free for three weeks starting from June 24 to July 14.