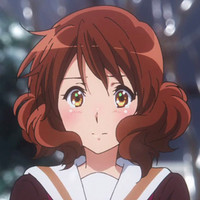 The tunes of Kyoto Animation’s Sound! Euphonium was released on streaming services across the world this week, bringing not only the ending themes from the Kitauji Quartet but also the orchestral tracks featured in the big band moments, as well as the original soundtracks from the films, including Liz and the Blue Bird.

The songs are available on most major music streaming platforms, including Apple Music, Spotify, Amazon Music Unlimited, YouTube Music and many more.

The original Sound! Euphonium novels are published in Japan by Takarajimasha under their Takarajimasha Bunko imprint, and an English language version is also available from Yen Press. The Sound! Euphonium TV anime is directed by Tatsuya Ishihara with Naoko Yamada chief directing the series and directing the spin-off film Liz and the Blue Bird. The series’ and films feature animation produced at Kyoto Animation. A new anime project is currently in production.

Crunchyroll currently streams seasons 1 and 2 of Sound! Euphonium, describing the story as such: