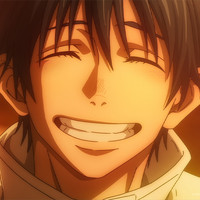 The prequel anime film JUJUTSU KAISEN 0 continues to parade its way through theaters around the world, gaining more fans and yokai along the way. The latest estimated box office results for the film have been released in major territories, showing minor gains over the last week as it continues to be the 10th highest-grossing anime film ever around the world and the 19th highest-grossing film of all time in Japan.

In Japan, on the back of around 9.5 million tickets sold, JUJUTSU KAISEN 0 has made 13.32 billion yen (US$117.05 million) at its domestic box office. This brings it ever closer to surpassing Frozen 2 as the 18th highest-grossing film of all time in Japan at 13.37 billion yen and is likely to do so in the next week.

Internationally, Box Office Mojo is estimating that the film has made US$29.69 million in North America. While Australia and New Zealand has seen the anime film do well, making US$1.86 million in the two nations, while in South Korea the film has grown to US$4,632,413.00, in Taiwan it has past US

$7.71 million and in the United Kingdom and Ireland, JUJUTSU KAISEN 0 has made US$1.79 million.

This has brought JUJUTSU KAISEN 0‘s worldwide total up to an estimated US$162.85 million and continues to be the 10th highest-grossing anime film of all time worldwide, just a little shy of Princess Mononoke‘s US$169.7 million. The MAPPA-produced film faces stiff competition in international territories from now on as Hollywood films ramp up to pre-pandemic levels with films such as The Batman and Sonic 2 taking the lion’s share of box office takings.

Crunchyroll streamed the first season of the JUJUTSU KAISEN TV anime as it aired in Japan, later releasing an English dub for the series as well. Crunchyroll released the blockbuster prequel anime film JUJUTSU KAISEN 0 in North American theaters on March 18, with other territories throughout the month of March.