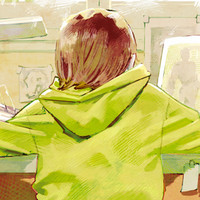 While we all await the second part of the Chainsaw Man manga, the official Twitter account for the franchise revealed today that series’ creator Tatsuki Fujimoto will be releasing another one-shot manga on April 11 on the Japanese Shonen Jump+ platform. This one-shot, which is wholly original, will be a whopping 200 pages – more than the creator’s previous one-shot, Look Back.

After the first part of the Chainsaw Man manga ended in Weekly Shonen Jump in December 2020, Fujimoto has been working on one-shots for the online manga platform, with his last, Look Back, receiving critical acclaim and winning numerous awards, including topping the Kono Manga ga Sugoi! survey.

Though no details on the new one-shot have been confirmed, the newest one-shot will be released on Shonen Jump+ on April 11 and if Fujimoto‘s last works are any indication, we’re in for a ride. The next part of Chainsaw Man is scheduled to be released in Q3 2022 on Jump+.