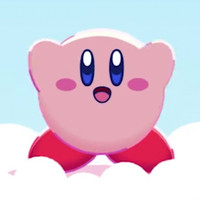 For the 30th anniversary of the pink ball of cute, Kirby and Craft Boss Coffee (who you might know from the Tommy Lee Jones commercials!) have started a collaboration in Japan where you can listen to remixes of songs from the franchise in differing moods based on which Craft Boss Coffee is purchased. To celebrate the collab, an adorable commercial has been released featuring the different musical stylings of Kirby.

The promotion works by purchasing a Craft Boss Coffee from anywhere they are sold and based on the label (instead of drink flavor), the purchaser can redeem the remix via Spotify. Artwork from the collaboration has also been released on the campaign’s website letting you use the endearing animation from the commercial as a wallpaper!