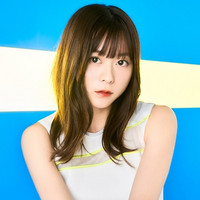 The official website for voice actress Inori Minase (Hestia in Is It Wrong to Try to Pick Up Girls in a Dungeon?, Rem in RE:ZERO − Starting Life in Another World) announced on April 3 that “glow” was chosen as the title of her fourth album. She says on Twitter, “It was named with a wish to express the ‘brilliance’ of various scenes through music.”

Her fourth album “glow” is set to be released in Japan on July 20, 2022. It will have been three years and three months since the release of her previous third album “Catch the Rainbow!” on April 10, 2019.

In July 2020, amid of the COVID-19 pandemic, the music video of “Bokura wa Ima” was created together with the fans with the message of “Not everyone is alone.”