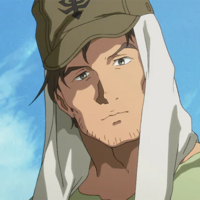 This summer, the story of Mobile Suit Gundam expands as episode 15, “Cucuruz Doan’s Island,” is turned into a full-length film. The new movie will re-examine the story from a new point of view, giving us more intel on the former Zeon soldier. 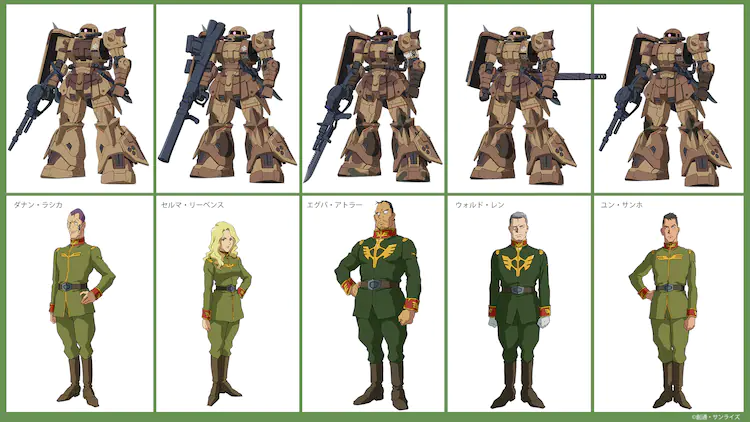 From left to right, we have:

They join a cast that includes Shunsuke Takeuchi as Cucuruz Doan himself, and Tohru Furuya reprising his long-standing role as Gundam hero Amuro Ray.

The image also gives us a look at the team’s MS-06GD High Mobility Zaku, designed especially for combat on the ground.

Mobile Suit Gundam: Cucuruz Doan’s Island is directed by Yoshikazu Yasuhiko, the character designer and chief animation director of the original Mobile Suit Gundam, and a regular director and artist across the franchise. It’s set to be released in Japan on June 3.