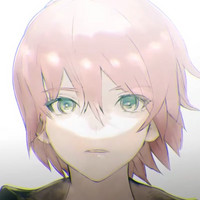 Aksys Games was among the many publishers that took part in today’s New Game+ Expo, and fans were treated to a new upcoming visual novel announcement along with updated release plans, platforms and features for other titles. Dig into the roundup below to see more of what Aksys has in the pipeline.

Jack Jeanne is coming to Nintendo Switch in the west in 2023.

Kisa is about to give up her dream of becoming an actor when she is given the opportunity to attend the prestigious All Boys Drama School that she has always admired. She is granted admission with two conditions: be chosen as the lead in the final performance and hide her identity as a girl! Competition at the school is fierce and the rivalry is real! Will Kisa be able to forge powerful bonds with her all-male classmates while competing against them? Will she be cast in the lead role in the final performance at the end of the year all while keeping her secret?

RICO London has an April 28 launch locked in for Xbox One and Xbox Series.

London, 1999. Criminal organizations are taking residence inside of the abandoned structures throughout the city. Team up and storm the skyscraper in this gang-busting, name-taking, explosive shooter. Take down London gangsters, turning the weapons of the fallen into your personal arsenal. Man by man, floor by floor, quell the enemy onslaught. Whatever it takes! The Xbox exclusive version features an entirely new and exclusive Challenge mode which offers a brand-new way of playing RICO London, either solo or in co-op mode, as well as new prototype weapons.

Horgihugh and Friends is a horizontal side-scrolling shooter featuring artwork by Kou (Shantae) and music by Motoaki Furukawa (Metal Gear, Policenauts), and it’s coming to Switch on June 16.

At the end of a brutal war, countries dismantled their weapons. When the Gozareans attack, two pilots realize their trusty vintage fighter planes are the only means of combating the alien’s powerful technologies. Hugh & Figaro are the world’s last wings of hope.

Tokyo. 1979. When a massive, mysterious structure suddenly rises from the ground, the government sends a team to investigate. You have been selected to join an elite group of underground explorers employed by Cassandra Company. Unfortunately, you are not the only one searching these caverns. Terrifying monsters lurk in the shadows. Dangerous criminals hunt for resources. Large numbers of people are missing. The test of your survival skills begins now…