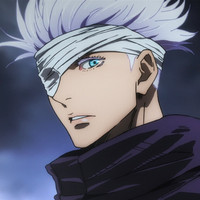 The JUJUTSU KAISEN 0 anime film has been around in Japanese theaters for only three months (and still going strong!), and that was the last time we got an update on the print numbers for the JUJUTSU KAISEN manga series. Today, the official Twitter account for the series revealed that overall, the Gege Akutami-created series has had 65 million copies printed (physically) and sold (digitally) as of the release of the 19th volume on April 4.

This means that since the release of JUJUTSU KAISEN 0 in December, the manga has had 5 million copies printed (physically) and sold (digitally) and 25 million copies since the first TV anime season ended in March 2021. The 65 million number includes the first print run of volume 19 as well as reprints of previous copies that will be released on the same day in stores in Japan.

JUJUTSU KAISEN ‘s Japanese manga sales are on par with that of My Hero Academia‘s worldwide sales and have overtaken popular reverse harem series Boys Over Flowers and Baseball manga Major.

Crunchyroll streamed the first season of the JUJUTSU KAISEN TV anime as it aired in Japan, later releasing an English dub for the series as well. Crunchyroll released the blockbuster prequel anime film JUJUTSU KAISEN 0 in North American theaters on March 18, with other territories throughout the month of March. It is currently the 10th highest-grossing anime film of all time worldwide.