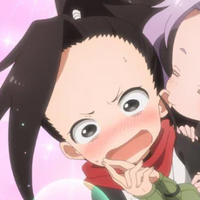 Soichiro Yamamoto’s In The Heart of Kunoichi Tsubaki is stacked with female ninjas of all shapes and sizes, which is put on full display in a new character video that highlights 38 of them from the upcoming anime adaptation:

The highlighted characters and their equally stacked cast members (that have been announced so far) include, from left to right: 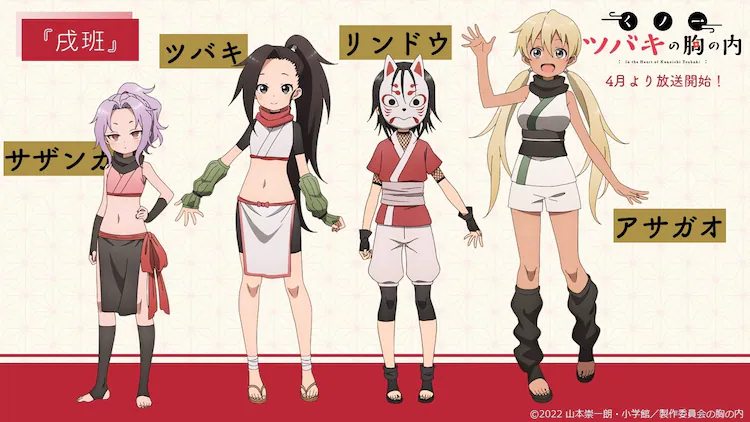 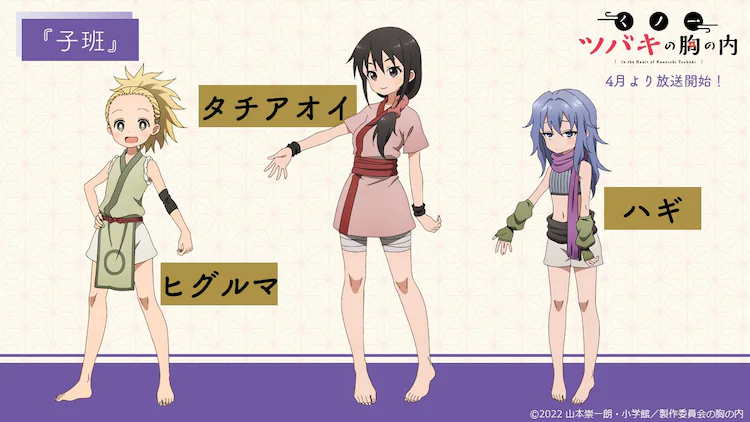 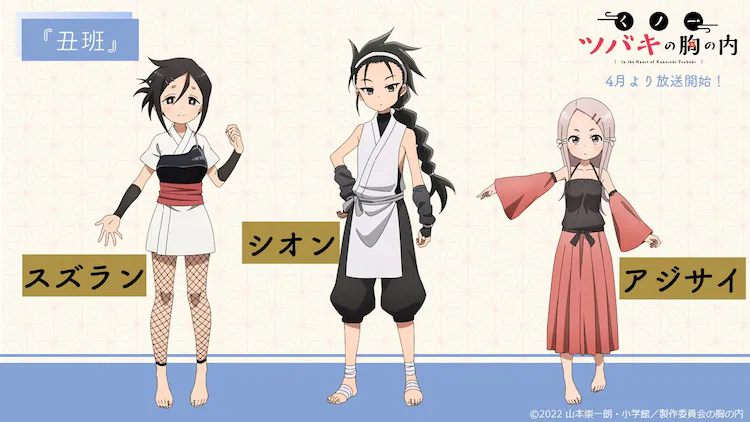 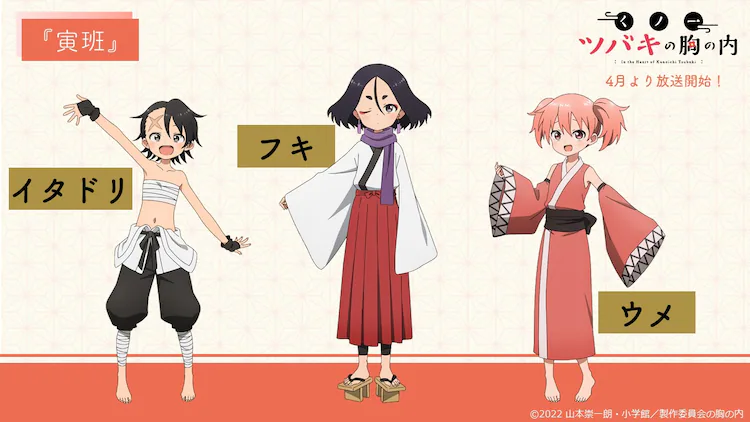 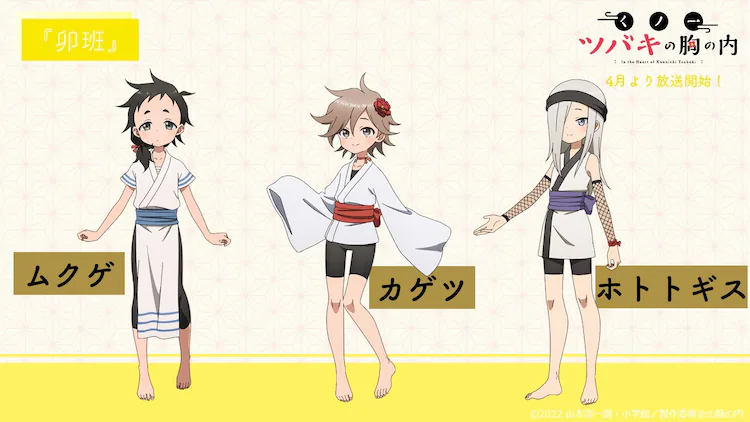 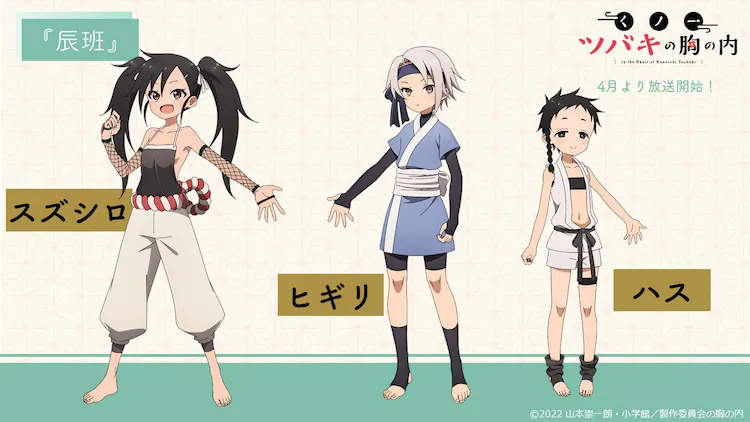 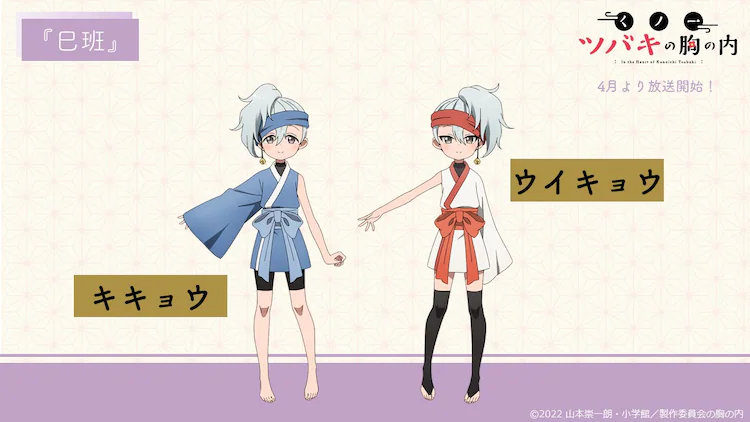 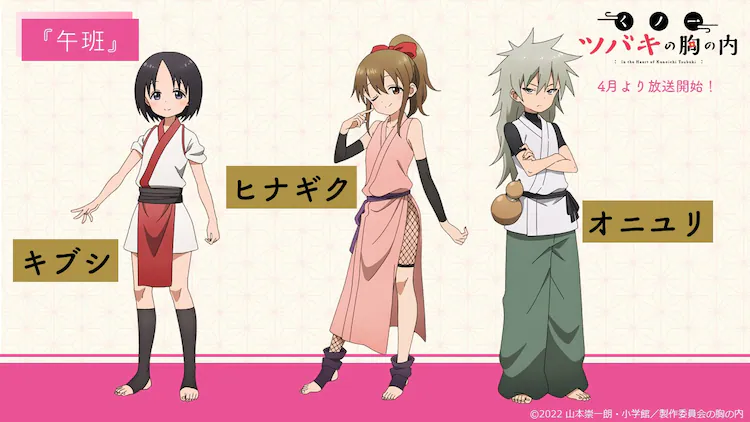 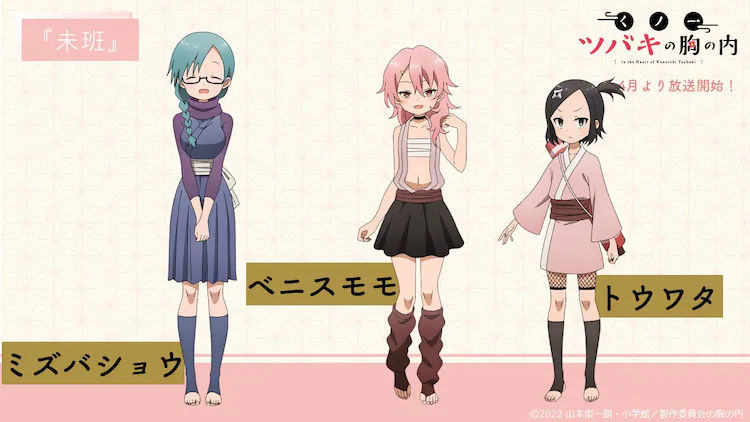 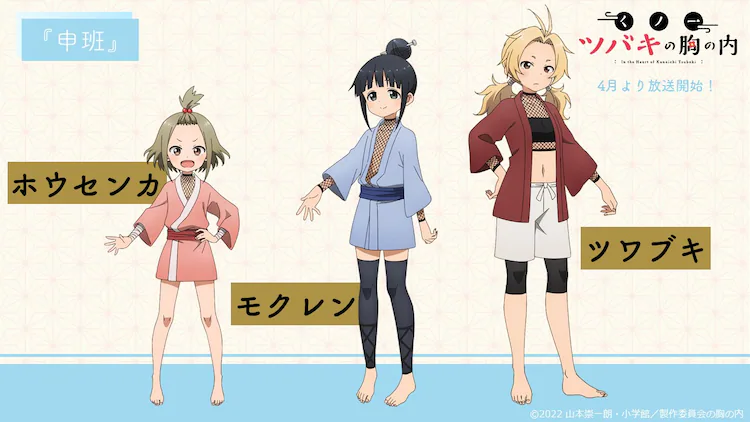 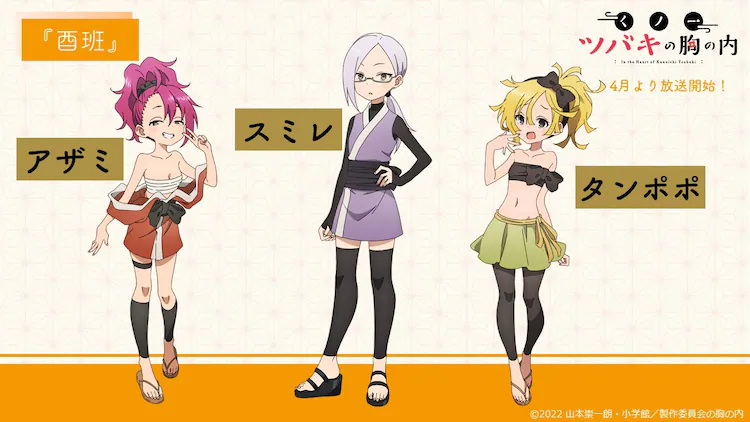 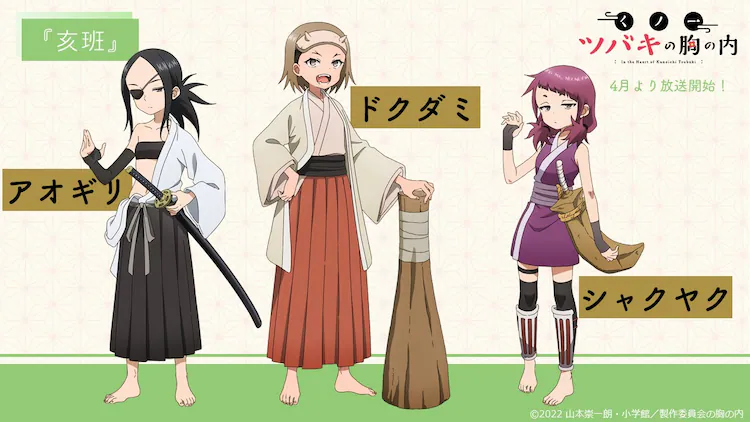 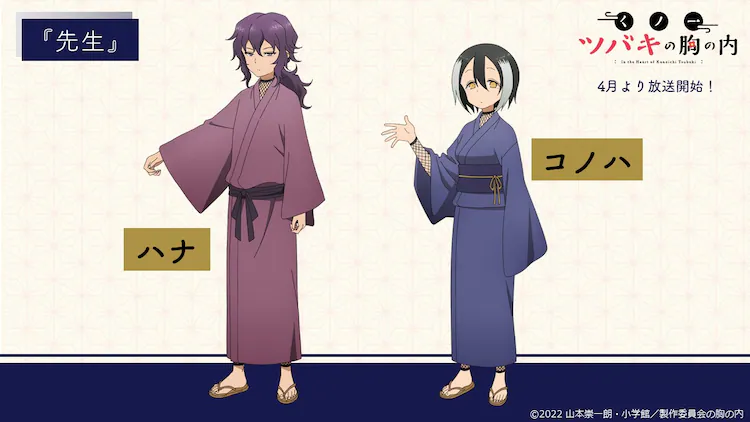 Based on the manga by Soichiro Yamamoto (Teaser Master Takagi-san), In The Heart of Kunoichi Tsubaki is being directed by Takudai Kakuchi (Tokyo Autumn Session) at studio CloverWorks, with Konomi Shugo (Tropical-Rouge! Precure) as scriptwriter, Yosuke Okuda (BLEND-S) as character designer and Yusuke Shirato (RUMBLE GARANNDOLL) as music composer.

In The Heart of Kunoichi Tsubaki will be simulcast from April 9 on Crunchyroll, who released an official English-subtitled trailer for the anime: