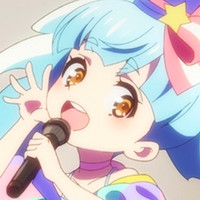 The zombie plague continues to spread through Saga Prefecture, infecting manhole covers across the southern Japan region and leading to a rise in tourists staring at the metal plates in the ground. As the spread continues, the series announced today that seven more manhole covers featuring Franchouchou from ZOMBIE LAND SAGA will be popping up in Saga over the coming months, joining the already 14 covers for a total of 21.

Here are the new cover designs and where they will be situated:

Sakura Minamoto’s new manhole cover will be in Arita Town 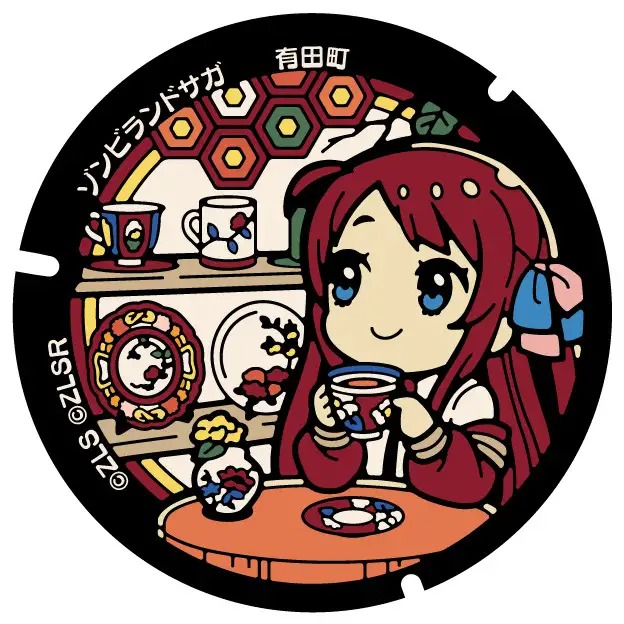 Saki Nikaido’s new manhole cover will be in Taku City 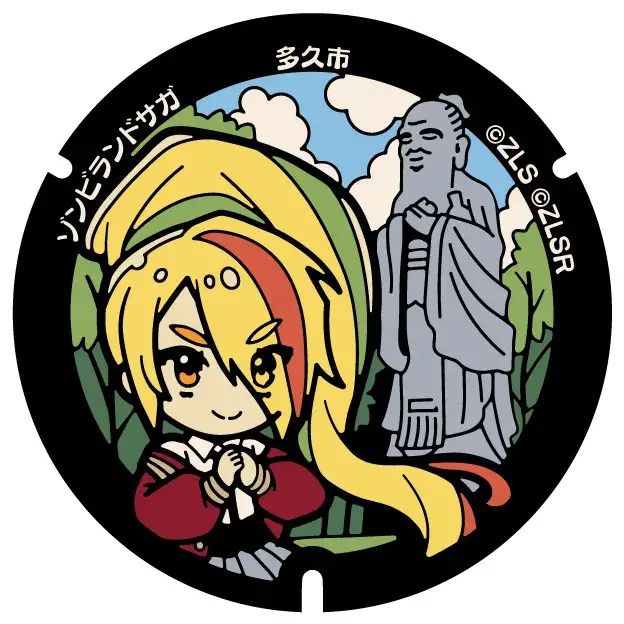 Ai Mizuno’s new manhole cover will be in Shiroishi Town 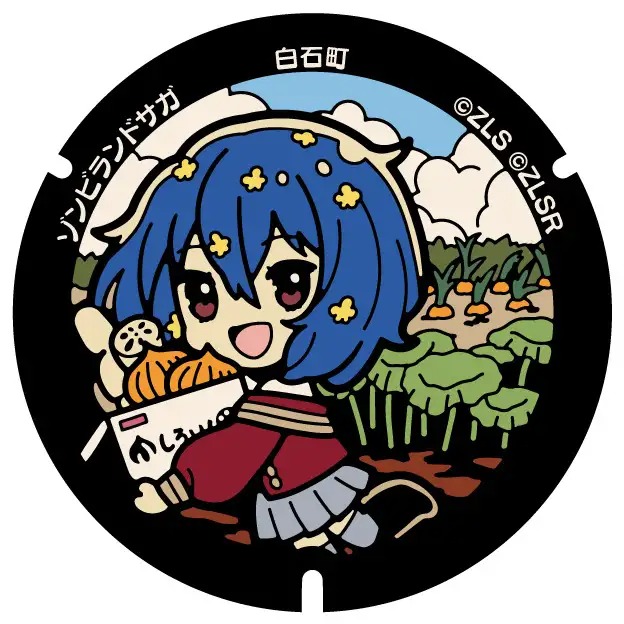 Junko Konno’s new manhole cover will be in Ogi City 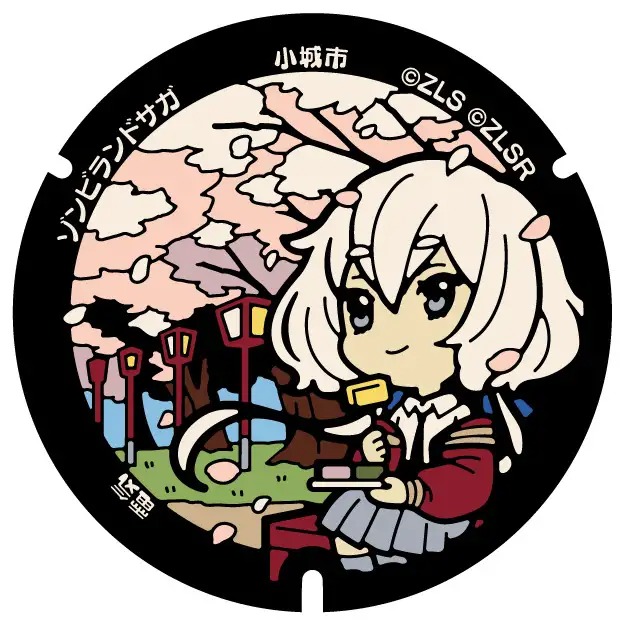 Yugiri’s new manhole cover will be in Kanzaki City 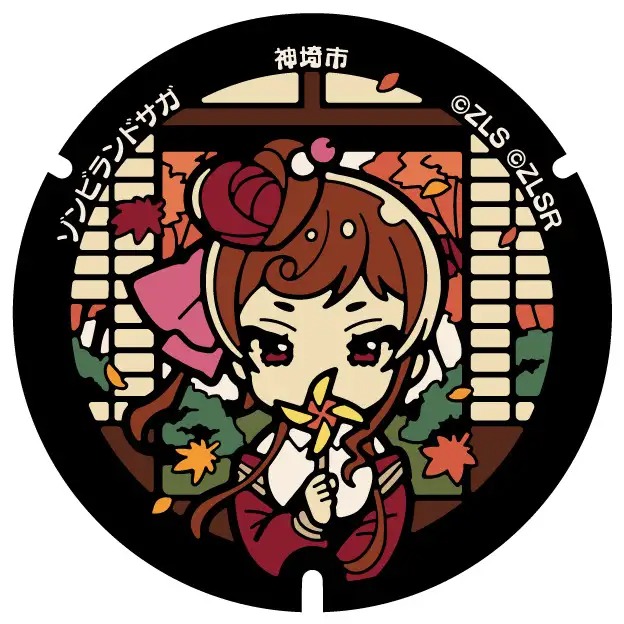 Lily Hoshikawa’s new manhole cover will be in Takeo City 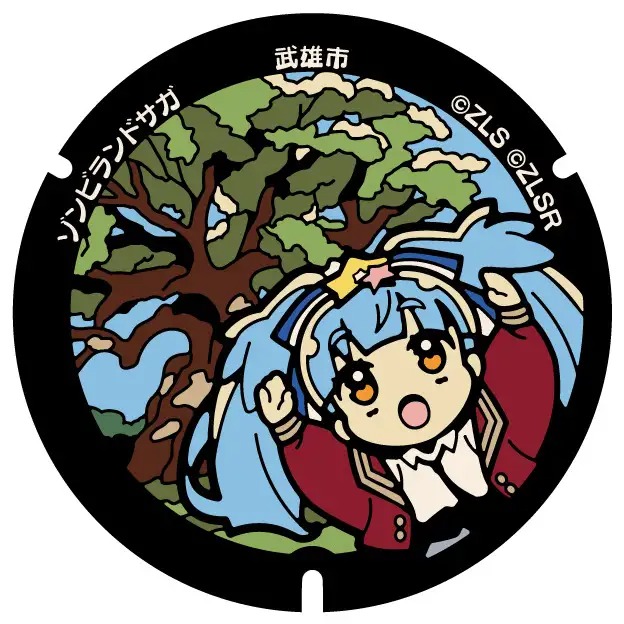 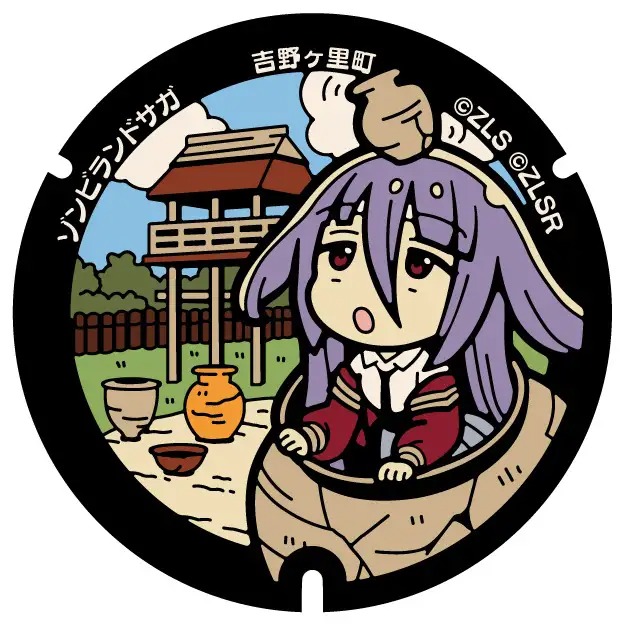 Like the last batch of zombiehole covers, these were forged at Hinode Suido Kiki’s Saga-based manufacturing plant, keeping the series in touch with the local Saga industry. What’s more, is that a third round of zombiehole covers will be taking over the roads of Saga Prefecture in the future, being installed in Kiyama Town, Kamimine Town, Miyaki Town, Genkai Town, Omachi Town, Kohoku Town and Tara Town. There’s no word on when the third round will begin.

A typical morning. The usual music. Their normal lives. The peace these seven girls experience will suddenly be destroyed. By the living dead… zombies. A reality that they never wanted a part of, an amazing and terrifying zombie world. They all share one wish: “We want to live.” These girls will struggle through this saga, in order to achieve a miracle. MAPPA, Avex Pictures, and Cygames team up to bring you a juicy, 100% original anime. A timeless shocker for all audiences, a brand new style of zombie anime, will soon rise.