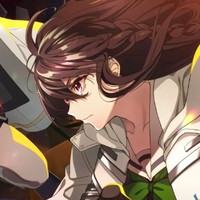 Billed as a “crime and rescue RPG,” INFINITY SOULS is a new game that’s currently in the works for iOS and Android devices in Japan. Aniplex and Seven Arcs are behind this one, which is lined up for a release sometime in 2022.

INFINITY SOULS is set in 2048, where “PSYber crimes” are a major issue with which the Communication Information Guardian (CIG) unit must contend. Masaki Tsuzuki is listed as working on series organization and the main scenario, while Shuuichi Kawakami is on board as art director. More information will be revealed during a stage event at Aniplex’s Anime Japan 2022 event on March 27 at 10:00am Japan Time, and you can see a teaser trailer below.