Godzilla vs. Kong Sequel To Begin Filming Later This Year 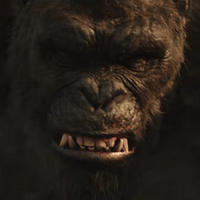 Hollywod trade newswire ScreenDaily has confirmed that an as yet untitled sequel to the 2021 Godzilla vs. Kong film will begin filming in Australia later this year following the success of the early 2021 pandemic hit that benefitted from being one of the first major releases to stream via HBO Max simultaneously in the midst of lockdowns that prevented broad theatrical screenings for the film in multiple territories. The Godzilla vs. Kong film was in development as far back as 2015 as a part of Legendary Pictures revived Monsterverse cinematic universe, but was delayed multiple times owing to issues with development and production delays. The first film is described by Legendary Pictures below:

Legends collide in “Godzilla vs. Kong” as these mythic adversaries meet in a spectacular battle for the ages, with the fate of the world hanging in the balance. Kong and his protectors undertake a perilous journey to find his true home, and with them is Jia, a young orphaned girl with whom he has formed a unique and powerful bond. But they unexpectedly find themselves in the path of an enraged Godzilla, cutting a swath of destruction across the globe. The epic clash between the two titans—instigated by unseen forces—is only the beginning of the mystery that lies deep within the core of the Earth.

Godzilla vs. Kong Sequel To Begin Filming Later This Year