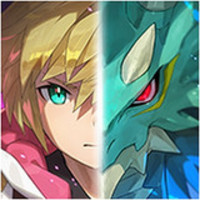 Nintendo and Cygames have announced that Dragalia Lost‘s campaign will come to an end in July 2022 with the release of part two of Chapter 26. Additionally, Dragalia Lost will shut down service sometime at a later date. An end-of-service schedule will be provided in the future.

The game will not receive any new content aside from the main campaign and certain quests after March 31 when the final set of new adventurers is scheduled to be added to the summon showcase. However, existing adventurers, dragons, and event revivals will still be available until the game’s service shuts down for good.

We’d like to share information about the future of Dragalia Lost. After the main campaign has ended, service for the game itself will end at a later date. Please see the message linked below for more details, and thank you for playing #DragaliaLost.https://t.co/6fZpHIP7Im

Dragalia Lost first launched in 2018 and has seen considerable popularity as it also spawned a manga adaptation.