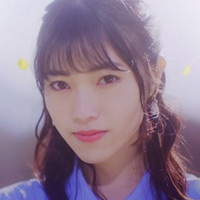 To celebrate her artist debut’s fourth anniversary, the official YouTube channel for voice actress Kaori Ishihara (Tiese Schtrinen in Sword Art Online: Alicization, Yuzuha Mishima in Higehiro) has started posting her previous music videos in full version. The first one is her first single “Blooming Flower” released in March 2018. The remaining seven videos will be posted one by one daily at 20:00 (JST).

After performing as a member of the successful two-member voice actress idol unit YuiKaori along with Yui Ogura, Ishihara made her solo artist debut in March 2018. Since then, she has released seven singles and two original albums, steadily building her career as a solo singer under her own name.

Her next 8th single “Cherish” is set to be released on April 27. The song will be featured as the OP theme for the spring 2022 TV anime Shachiku-san wa Yojo Yurei ni Iyasaretai, in which she is also cast as one of its main characters, Lily.