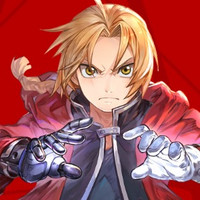 The Fullmetal Alchemist 20th anniversary fun continues when Fullmetal Alchemist Mobile hits iOS and Android devices in Japan this summer. Applications are currently open for a closed beta test—which will run in Japan from March 31 to April 8— for up to 6,000 users until March 22, and Square Enix shared a second full trailer to show more of how the game looks in action.

The first trailer and set of screens were revealed back in December.