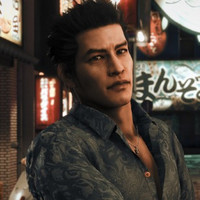 Last week saw the announcement of The Kaito Files, an upcoming DLC expansion for Ryu Ga Gotoku Studio’s Lost Judgment, which lets players hop in the shoes of Masaharu Kaito for the first time. The launch is currently set for March 28, and in the meantime SEGA came through with a couple new gameplay trailers showing off Bruiser and Tank style gameplay.

Following the events of Lost Judgment, Kaito picks up a lucrative case while Yagami is out of town that unexpectedly has him searching for his old flame, Mikiko. Along the way, Kaito encounters Jun, a teenager claiming to be their son, and teams up to uncover the truth behind Mikiko’s disappearance. Now Kaito stands at the crossroads of past and present while up against a syndicate tied to Kamurocho’s criminal underbelly. But why did Kaito and Mikiko split up, and what does this dark faction have to do with her?

The Kaito Files releases on March 28 around the world on all the platforms Lost Judgment are on for US$29.99 unless players have picked up the Ultimate Edition of Lost Judgment or the Season Pass, then the DLC will be available for free! Lost Judgment is available worldwide on the PS4, PS5, Xbox One, and Xbox Series X | S.