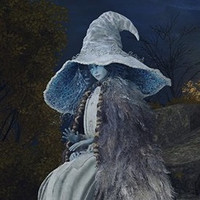 Elden Ring has just been out for a few weeks, and developer FromSoftware’s latest already hit an impressive milestone. Bandai Namco Entertainment shared an official release announcing that the action-RPG has sold over 12 million units around the world since launch, and director and FromSoft President/CEO Hidetaka Miyazaki thanked all the Tarnished who decided to venture forth on a truly challenging journey through The Lands Between.

Bandai Namco notes plans to “expand the brand” in the press release, with an aim to go “beyond the game itself and into everyone’s daily life.” Living our daily lives in the key of Elden Ring sounds pretty hazardous, but sure! Do your worst.

Here’s what Miyazaki had to say:

“It’s astonishing to see just how many people have been playing ELDEN RING. I’d like to extend our heartfelt thanks on behalf of the entire development team … ELDEN RING is based on a mythological story written by George R. R. Martin. We hope players enjoy a high level of freedom when adventuring through its vast world, exploring its many secrets and facing up to its many threats. Thank you for your continued support.”

Are you among the 12 million folks who picked up Elden Ring? Let us know how your adventure is going in the comments!