All 13 Volumes of Record of Ragnarok Manga Head to Mangamo 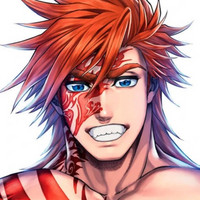 If you’re looking to blaze through every volume of the Record of Ragnarok manga released thus far, all 13 are coming to mobile manga subscription app Mangamo later this week. Those who subscribe to the app will have access to all volumes in unlimited, ad-free form starting on Friday, March 18.

Written by Shinya Umemura and Takumi Fukui and illustrated by Ajichika, the Record of Ragnarok manga has been running in Coamix’s Monthly Comic Zenon magazine since November 2017. Graphinica produced the first season of the anime adaptation, which premiered on Netflix in June 2021, with a second season currently in the works.

As Mangamo’s press release details, the first season of the anime covers up to volume 5 of the manga, including the first three fights between humans and gods. When all 13 volumes hit the service, fans will be able to catch up before the arrival of season two.

Once every millennium, the gods hold a council to decide the fate of mankind. Finally fed up with mankind’s unceasing wars and destruction of the environment, the gods have decided the end of mankind, when a single Valkyrie, Brunhild, proposes Ragnarok, a best-of-thirteen tournament between gods and mortals. As the 13 gods of different mythologies and religions engage in duels with 13 central figures in the history of mankind, will humans finally be doomed to eternal annihilation.

Mangamo subscriptions are available for $4.99 a month, and new readers who haven’t signed up yet can read up to four free chapters a day every day without a subscription.

All 13 Volumes of Record of Ragnarok Manga Head to Mangamo