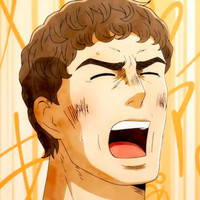 The Roman stories of the Thermae Romae Novae anime is only a few weeks away and to get fans excited for the first new anime in a decade, Netflix released the opening video for the Tetsuya Tatamitani-directed series featuring the very Roman-inspired song “Togyu-shi no Uta ~ Onsen Mana no Aria ~” sung by Italian singer Paolo Andrea Di Pietro and inspired by Georges Bizet‘s “Toreador Song.”

Thermae Romae Novae is set to premiere on Netflix worldwide on March 28, 2022, and is based on Yamazaki’s original manga story with the new anime will also have two episodes newly written by her. Crunchyroll is streaming the original Thermae Romae anime, describing it as such:

It’s the year 128 A.D. and Rome bathhouse architect Lucius Modestus is having trouble coming up with ideas for his future designs. After losing his job for refusing to adapt to the current times, the depressed Roman stops by a strange bathhouse that happens to have a time-traveling drain! He is sucked into it and transported to a modern-day Japanese bathhouse! While confused by his surroundings, he’s amazed by some of their incredible innovations. Taking these ideas back to Rome, he incorporates them into his own designs and soon becomes famous all over Rome for his new and innovative ideas.