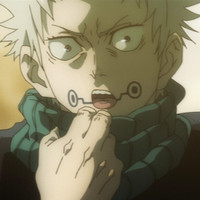 It’s been three and half months since JUJUTSU KAISEN 0 premiered on screens across Japan, and even now, the film continues to pull in big numbers, climbing the highest-grossing film of all time in Japan charts week by week. Though this week, the MAPPA-produced film’s streak of being at the top of the weekend box office was usurped by The Batman, JUJUTSU KAISEN 0 still held strong, making over 400 million over the last 7 days.

$110.20 million) on the back of more than 9.07 million tickets sold. This brings the film up to 21st place on the Japanese all-time charts, above Star Wars: The Phantom Menace and under Jurassic Park. There’s no doubt that JUJUTSU KAISEN 0 will break into the top 20, but how far up is anyone’s guess. The film continues to be the 8th highest-grossing anime film in Japan and a few billion yen under Weathering With You.

Crunchyroll streamed the first season of the JUJUTSU KAISEN TV anime as it aired in Japan, later releasing an English dub for the series as well. Both Crunchyroll and Funimation will be releasing the blockbuster prequel anime film JUJUTSU KAISEN 0 in North American theaters on March 18, with other territories throughout the month of March.