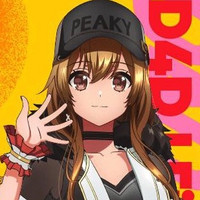 There’s officially more D4DJ anime on the way! Fans of Bushiroad’s multimedia project previously got to check out the 13-episode D4DJ First Mix anime, and now the folks behind it are getting ready to drop another beat with the announcement of a new project titled D4DJ Double Mix.

Details are light at the moment, but the official English account promises that “Merm4id & RONDO will take the stage” when the anime debuts this summer.

You can watch all of the D4DJ First Mix anime on Crunchyroll, which describes the series like so:

Having moved back to Japan from abroad, she transfers to Yoba Academy where DJing is popular. She is deeply moved by a DJ concert she sees there, and decides to form a unit of her own with Maho Akashi, Muni Ohnaruto, and Rei Togetsu.

While interacting with the other DJ units like Peaky P-key and Photon Maiden, Rinku and her friends aim for the high stage!