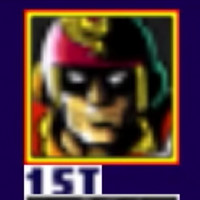 The speedy Nintendo 64 game featuring everyone’s favorite fire-punching captain, F-Zero X, joins the Nintendo Switch Online + Expansion Pack service today, bringing its futuristic (yet, seemingly retro) vibe to the Nintendo Switch system for the first time. A trailer was released the other day for the remaster which confirms that online multiplayer has been added to the game for release.

Nintendo Switch Online + Expansion Pack launched as an expanded tier to the NSO service, bringing Nintendo 64 games and Sega Genesis (also known as the Sega Mega Drive everywhere but North America) for the much-expanded price of US$49.99 annually. More games, such as  Pokémon Snap and Kirby 64: The Crystal Shards are confirmed to hit the service at some point.