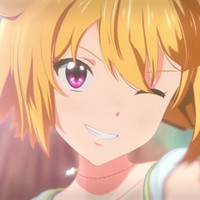 The TV anime project based on the The [email protected] Million Live! game series was announced back in July 2020. Shirogumi (revisions, STAND BY ME Doraemon) works on anime production, and Shinya Watada (Aikatsu Stars! The Movie, Gundam Build Divers Re:RISE) is attached to direct, alongside series composition/script writer Yoichi Kato (Aikatsu!, Yo-kai Watch).

At the game series’ eighth concert event held on February 13, a teaser clip for the anime’s prologue image MV was screened. During the live-streaming program last night, a message from the TV anime’s director Watada was introduced as below:

I am very excited to have the opportunity to work on the production of the anime “Million Live!” as its director. This music video we presented to you this time was produced as an image PV leading up to the anime series. The anime “Million Live!” will be an anime that depicts the beginning and growth of the idols in the Theater centering on Mirai.

This music video is a prologue to the anime series, and is a concept music video that imaginatively depicts Mirai before she started dreaming of becoming an idol. How does Mirai, who has lived her life as an ordinary junior high school student, develop a longing to become an idol and grow up to be an idol of the Theater? How will the faint longing that sprouted inside her take root, grow a stem, spread leaves, and bloom into a big flower?

I believe that “Million Live!”, which has reached its ninth anniversary, is a content that has blossomed into a very large flower thanks to the cast, staff, and above all, the Producers. The entire animation staff is working as hard as we can to express the progress of this special “Million Live!” in the medium of animation. Sorry we have to make you wait for a while, but we will make it so that you will be satisfied with our work, so please look forward to it.

The full-version of the prologue iamage MV will be revealed at the AnimeJapan 2022 event to be held at Tokyo Big Sight on March 26 and 27.

Announcement PV for the TV anime posted in July 2020: