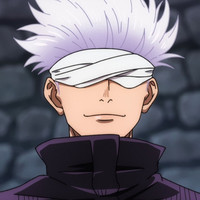 It’s been a little while since we’ve checked in with how JUJUTSU KAISEN 0 is doing in Japanese theaters, but the popular film continues to be popular against a very weak Japanese box office at this time of the year. Mantan Web reported today that the prequel anime film has exceeded 12.30 billion yen at the Japanese box office, pushing it past Hayao Miyazaki’s then-last film The Wind Rises to be the 8th highest-grossing anime film of all time in Japan.

As of Sunday, March 6, JUJUTSU KAISEN 0‘s 73rd day in theaters, the film has brought in more than 12.30 billion yen (US$105.97 million) on the back of 8.85 million tickets sold. This makes the film the 23rd highest-grossing film of all time in Japan, overtaking The Wind Rises and the live-action remake of Disney’s Aladdin.

With the announcement of more theatrical gifts, as well as staying on the top of the box office charts, it’s likely that going into April JUJUTSU KAISEN 0 will continue doing well and will break into the top 20 of all time. Though, JUJUTSU KAISEN 0 will need to do very well to reach Weathering With You‘s 14.19 billion yen (US$138 million) and overtake it on the all-time anime chart.

Crunchyroll streamed the first season of the JUJUTSU KAISEN TV anime as it aired in Japan, later releasing an English dub for the series as well. Both Crunchyroll and Funimation will be releasing the blockbuster prequel anime film JUJUTSU KAISEN 0 in North American theaters on March 18, with other territories to be confirmed.