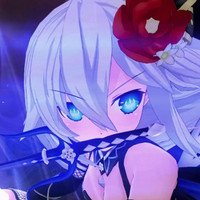 Neptunia x SENRAN KAGURA: Ninja Wars launched on PlayStation 4 back in October of 2021, and its next stop is Nintendo Switch on April 19 (North America) and 22 (Europe). Beyond that, there’s also a PC release on the horizon, which Idea Factory International now has lined up for May 11 around the world.

The publisher also shared a new look at gameplay for the Switch version this week.

Neptunia and SENRAN KAGURA join forces in this hack ‘n slash RPG! Pair up 10 playable characters to slice through enemy hordes, channel the elements, and perform special character attacks. Then find your center with the Peaches & Cream Meditation minigame before taking on the post-game challenges of Yomi-Training!