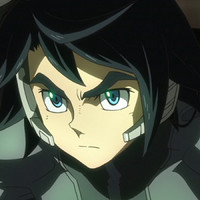 Mobile Suit GUNDAM Iron Blooded Orphans is returning to Japanese TV in April of 2022 for a “special edition” broadcast that features a new opening animation featuring all-new animation cuts as well as a new opening theme song performed by Japanese rock band MAN WITH A MISSION. The new theme song is entitled “Blaze”, and it is highlighted in the teaser video below.

For the special edition broadcast, Mobile Suit GUNDAM Iron Blooded Orphans will be condensed from 50 episodes down to 9 episodes focusing mostly on the “Tekkadan” mercenary company.

The Earth Sphere had lost its previous governing structure, and a new world was created under new systems of government. While a temporary peace had arrived, the seeds of a new conflict were being sown in the Mars Sphere, far away from Earth. Mobile Suit GUNDAM Iron Blooded Orphans is directed by Tatsuyuki Nagai and features series composition by Mari Okada and animation production by Sunrise. The special edition version will broadcast in Japan according to the following TV schedule:

Please note that some Japanese TV schedules count early-morning programming as late-night programming for the previous day, so for example the 27:30 time slot on Tuesday evening is actually on Wednesday morning at 3:30am JST.